The Democratic Republic of Sokala, commonly called Sokala, is a unitary constitutional semi-presidential republic in Arcturia. Situated in the Arcturian Sea, it consits of 11 islands that are broadly categorized between three geographical divisions from north to south: North Sokala, Central Sokala and South Sokala. The capital city and most populous city of Sokala is Bondoc city. Sokala covers 408,421 km² square kilometres and has an estimated population of 50 million people. While mostly Human, there are several communities of Nekomimis, Elves, Dwarves, and Felines.

In prehistoric times, Islander Native from mainland Arcturia migrated to the islands in search of better resources. Following the arrival of Noramous Belth and his small group of Staynish crewmen, the small group of islands became the trader nation of Meri Laulu. During Meri Laulu's time as a nation, waves of Aurorans and Mainland Arcturians arrived. Exchanges with Durakian, Morst and Staynish nations occurred.

In early 1620, King Lambertus V of the Great Morstaybishlian Empire took interest in the three kingdoms. He began preparations for an invasion. By late 1620, the Meri Lauluan Coalition War ignited and led to the defeat of the three kingdoms and consequentially being turned into a Morst colony while Tiaro Tanashiri, Meri Laulu's leader at the time, was arrested and executed a year later. After the Meri Lauluan Coalitions' defeat, the archipelago became a Morstaybishlian colony. During this time, Meri Laulu became a hot spot for merchants from Yasteria, Concord, and Gondwana to exchange and trade goods with Morst traders. Inhabitants of the archipelago became slaves to the Morstaybishlians, with some serving as manual laborers and others serving as troops in the Royal Armed Forces of the Empire during the Great War.

In 1920, Andrew Matagumpay and his forces occupy parts of Sokala in a bid to expel the Morstaybishlians from Sokala and declare independence. Despite fielding a smaller military because of the Great War, Morstaybishlian and Sokalan loyalists resisted the rebellion. Despite heavy losses on both sides, the frontline was unable to move. Recognizing the stalemate, Matagumpay and Morstaybishlian prime minister Orson Klarass agreed to have talks which resulted in recognition of Sokalan independence in September 1920.

Despite Matagumpay's wishes to establish a democratic republic, people were showing support for establishing a monarchy headed by Matagumpay and his clan. This was due to the Matagumpay tribe being one of the descendants of the Tanashiri tribe, the tribe that was the monarchy of Meri Laulu. After a month of debate, Matagumpay established Sokala as a monarchy with the Matagumpay family as its royal family.

Sokala originated from the Old Meri Lauluan word of "Sokarata" which vaguely translates to "homeland" or "our home". The term was selected by the Morstaybishlians in 1621 to administer and govern the former territories of the Meri Lauluan Coalition.

The former territories of Meri Laulu, Empire of Diyu, and Kingdom of Durdneel were put into one administration. The colonies, under the name of Sokala, were governed from the islands of Oileáin Iontacha, basing themselves in the Oileáin Iontacha Colonial Governance Office. The name Sokala was derived from the Old Tagisla of "Sokarata" which meant "homeland". It was meant to unite the archipelago under one name.The Morststaybishlian Empire would rule over the archipelago for 200 years. During that time, natives were used by the Morsts for physical labor. They would be sent with expeditionary ships as physical laborers as the natives were very skilled in carpentry and masonry. In 1689, Natives would be sent to help Captain Kerden establish what would soon be called Queensport. For the following years, the natives would total up to 25% of Queensport’s population as more and more Lauluans were sent to build up the settlement and help construct a military naval port and other important buildings. In 1694, Caven forces attacked the Staynish port during which all the natives were conscripted and were forced to fight off the Caven soldiers. Unfortunately, Caven soldiers were more superior in numbers and equipment and slaughtered the Queensport population. Queensport would later be declared a Caven trading port. After receiving news of the Queensport’s defeat, Commodore Kerden, previously Captain, would be sent along with 2000 Morst soldiers and 800 conscripted natives. In a very short battle, Queensport would be retaken by Morst forces with very few casualties while most Caven soldiers died with only one Caven ship managing to escape. After the Battle of Queensport, The natives would see little to no participation in what would be the Caven Wars. During the Caven Wars, Native men were commonly employed as construction workers and shipbuilders while the women were employed as farmers and maids of the royal family.

After the Great War, Morstaybishlia's military presence in the archipelago weakened and despite being granted home rule by Morstaybishlia, the various peoples that resided within the archipelago were vying for independence. In 1920, native tribes lead by Andrew Matagumpay took over the cities of Seibhu, the then capital of Sokala, and the neighboring city of Bondoc. Clashes between Matagumpay's forces and the forces of the Sokalan government and Morstaybishlia occurred throughout Sokala. Despite 7 weeks of fighting resulting in heavy losses, the frontline ceased to move and resulted in a stalemate. Talks were launched between Matagumpay and Orson Klarass, the prime minister of Morstaybishlia. After a week of back and forth, an agreement was formed. In exchange for Morstaybishlia keeping the city of Sontoc, Nada Naval Base, and Betho Air Base under Morst control for 75 years, Sokalan independence recognized by Morstaybishlia as an independent nation.

Sokala is a Federal semi-presidential parliamentary democratic republic with strong democratic traditions. The Constitution of the First Republic was approved by referendum on 1 January 2001. The politics of Sokala take place in an organized framework of a semi-presidential, representative, and democratic republic whereby the president is the head of state and government while an appointed prime minister acts as their second-in-command within a pluriform multi-party system. This system revolves around three separate and sovereign yet interdependent branches: the legislative branch, the executive branch, and the judicial branch. Executive power is exercised by the government under the leadership of the president. Legislative power is vested in both the government and the bicameral Parliament: the House of Lords (the upper house) and the House of Commons (the lower house). Judicial power is vested in the courts with the Supreme Court as the highest judicial body. The President of the Republic, currently Domingo Rolex, is the head of state and government, elected directly by universal adult suffrage for a 4-year term (formerly 2 years). The Prime Minister, currently Aruto Matagumpay, is the co-head of government, appointed by the President of the Republic. The president can be removed from the parliament with a vote of no confidence. On the occasion that the president is removed from office, the prime minister can assume the duties of the president. The Sokalan parliament is the bicameral legislative body of Sokala. Its lower house is the House of Commons while the upper house is the House of Lords.

The cabinet is traditionally drawn from members of the ruling party or coalition and from both legislative houses, the cabinet being responsible to both. Executive power is exercised by the president and prime minister and cabinet, all of whom are sworn into the Inner Circle of Sokala, and become Ministers of the Republic. For elections to the House of Commons, the UK is divided into 500 constituencies,[208] each electing a single member of parliament (MP) by ranked-choice voting. General elections occur every 4 years while parliamentary elections occur every 2 years. Elections are administered by an independent Commission on Elections every four years starting 2001. Held every first Monday of November, the winners in the elections take office on the following fourth week of January. Local government is produced by local government units from the individual provinces, cities, towns, and districts. Local government units enjoy autonomy, gathering funding from both local tax revenues and national government allocations.

Sokala has an established structure of foreign relations. It is a member of the International Forum. Almost all countries have embassies in Bondoc and many have consulates around the country. Likewise, nearly all nations host Sokalan diplomatic missions. However, Iphelklori, Rodenia, New Puntalia, Stratarin, and the Veridian Union do not have formal diplomatic relations with Sokala. It is a member of the OFAC, NSTO, Union of Commonwealth Alliances, Morstaybishlian Economic Sphere, and the Peacekeeping Forces of Urth. 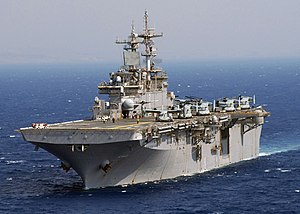 Tension between Sokala and Iphelklori has resulted in military service in Sokala being required by law through mandatory conscription. Every Sokalan that turns 18 is required to serve for two years. The Sokalan army has 2,500 tanks in operation, including the Morstaybishlian-built Colonarius mk1 and Colonarius mk2 main battle tanks, which form the backbone of the Sokalan army's mechanized armor and infantry forces. A sizable arsenal of many artillery systems, including 1,700 self-propelled howitzers and 680 helicopters and UAVs of numerous types, are assembled to provide additional fire, reconnaissance, and logistics support.

The Sokalan navy made its first blue-water naval fleet in 1973 through the formation of the First Fleet, which includes a battle group of Leo-class destroyers, Aries-class amphibious assault ship, Libra-class cruisers, and Taurus-class frigates, which is equipped with the latest baseline of Zodiac fleet-defense system that allows the ships to track and destroy multiple cruise missiles and ballistic missiles simultaneously, forming an integral part of Sokala's indigenous missile defense umbrella against the Iphelklorian military's missile threat.

Sokala spent $60 billion (₦ 67,415,730,337.08) on its military in 2019. At 5% of GDP, the rate was among the highest in the world. Defense spending plays a major role in science and technology investment, with roughly one third of Sokalan research and development funded by the Ministry of National Defense. Defense's share of the overall Sokalan economy has generally declined in recent decades, from First Crusades peak of 13.1% of GDP in the 1930s to 5% of GDP in 2019.

Retrieved from "https://tep.wiki/w/index.php?title=Sokala&oldid=31217"
Categories:
Hidden category:
Cookies help us deliver our services. By using our services, you agree to our use of cookies.