From TEPwiki
(Redirected from Category:Urth)
Jump to navigation Jump to search 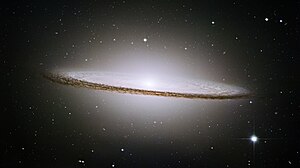 Urth is the third planet in orbit of the star Tep, known also as the Sun, in the Sombrero Galaxy. It is one of two bodies in the Teplar system known to have liquid water on its surface and the only body in the universe known to host intelligent life.

Urth has one natural satellite, Olune, also known as simply "the Moon."

The word Urth was adopted into Staynish in the 1st-2nd centuries CE after the Impelanzan word "Urtia". Urtia is the name given to "the place where life grows" in Tunseism, the official religion of the Impelanzan Empire, and is an evolved form from the archaic terms "Hurtia" and "Hortia." These can be explained as the world conceived as a "hortus", an orchard where plants, and thus, life grows. This matches with the Tunseist conception of Urth "as the designed place by Tunsé for gods and all life beings to reside and grow".

By the most common conventional count, there are seven continents on Urth: Aurora, Arcturia, Concord, Gondwana, Novaris, Sempiterna, and Yasteria. The title of "continent" is given by convention rather than any scientific definition.

Aurora is an oblong continent located in the southern half of the eastern hemisphere. Aurora has the world's most-active continental bloc, the United Nations of the Auroran Continent, that arose in part from the ashes of the Auroran-Pacific War

Arcturia is a continent located to the west of Aurora and to the south of Yasteria.

Concord is a continent located to the west of Yasteria and to the northwest of Arcturia. Most of its landmass is taken by South Hills, although the continent is also home to Norgsveldet and is seen as the political base of power of the Union of Commonwealth Alliances.

Gondwana is located in the southern half of the western hemisphere, and is home to significant expanses of rainforest. The Feline species evolved and is primarily located here. The western portion of Gondwana, separated from the east by water, is called Alaria and is considered by some to be a sub-continent of Gondwana.

Novaris is located in the northern half of the western hemisphere and has a varied climate that reaches from the tropics to the Rotantic circle. Home to the League of Novaris, the continent has long been a crossroads between colonists from outside the continent as well as several native world powers.

Sempiterna is the only continent on Urth with no permanent sentient inhabitants and is almost completely covered by the Septiterna Ice Sheet, a massive cap of ice. By international agreement, no nation can claim any part of Sempiterna as its sovereign territory.

Yasteria is the largest continent on Urth by total land area, and is often broken up into sub-continents: Yasteria Major, Yasteria Minor, Southeast Yasteria, Borea, and Itur. The last two are considered continents in their own right by some.

Urth has five oceans: the Pacific Ocean, the Concordian Ocean, Packilvanian Ocean, the Sempiternic Ocean and the Rotantic Ocean.

Aurians, Elves, Dwarves, Felines, Humans, Nekomimi, Lupines, Lutrynes, Ursines, and Vulpines are the sentient species on Urth. Of these, Humans are the most populous and are sometimes called the "dominant" species on Urth. The evolutionary link between Humans and other species, such as the Elves, Dwarves, and Nekomimi, has proven to be a complicated and highly contested topic of study, and the scientific community has yet to reach a consensus on the matter.

Retrieved from "https://tep.wiki/w/index.php?title=Urth&oldid=37473"
Categories:
Cookies help us deliver our services. By using our services, you agree to our use of cookies.