The Impelanzan Union of the Peragen and Outer Lands (in Impelanzan, Unión Impelántica de las Tierras Perágicas y Exteriores), commonly known as Peragen, is a nation, located on the Urth continent of Arcturia, which consists of the land mass where its capital, Conoso, is located, and the islands of Peragen Exterior, where the historical city and capital of Arsal is placed, the Ferona Islands to the south and west, and South Dosca, where the trade city of Trasmenia is located. Peragen takes its name from its position south to the Peragen river and Rodenia. It's also east of Lokania and north of Vivancantadia, and shares the ownership of the Isla de la Amistad with Alksearia and New Leganes.

Peragen has a complex ancient history. Around the middle to end of the Chalcolithic (5000-4000 BCE), the Mernian peoples who were developing prosperous cultures since the Neolithic moved to the lands today known as Intergua, between the wide rivers Pora and Tumpi. It is debated if it was the Mernian peoples moving there or if they were the local Interguan peoples adopting cultural patterns from Merna. There they developed techniques to control the waters and maintain an irrigated agriculture which would create a massive surplus not possible in the irregular lands of Merna.

These technniques brought several innovations, such as complex organisational and political structures, sailing and the wheel to facilitate transport, polytheistic cults and myths that supported the political needs, and script as the tool to control trade and the entrance of goods to the administration. The area was divided in several city-states which, from time to time, entered in rivalry, sometimes leading into one of those building an empire that ruled them all. Ancient Intergua lasts from 4000 BCE to 100s BCE, when Impelanza took over the region, and at its maximum expansion periods it covered both Merna and Intergua reaching to Conoso in the north, the northernmost areas of Vivancantadia and the area of Efraford in current day Lokania.

A bronze depiction in a zebra bit of the Erranzan goddess Sanni, later identified with the Tunseist high goddess of the wind Locana, surrounded by two flying kiwis.

The Erranzan city-states appeared around 2000 BCE and lasted until 200-100 BCE with Impelanza. These city-states focused on trading sea-related products with the Interguan states and got cultural and political influence from there.

Around the 2000s BCE there started to be records about peoples of the language that evolved into what today is Impelanzan. They are known as Peragians because of the Peragen river, which divides nowadays Rodenia from Peragen and to which they were settled in both sides. They were actually the peoples already living in the region, but they adopted a new language by influence of peoples from the north and there was a change in their cultural and organisational conceptions, probably due to both the influence of Intergua to the south and to the constant need of new lands after an agricultural crisis that made them move and clash with Intergua. The wars between Peragians and the Interguan states are dated between 1500 and 1000 BCE. The expansion attempts to the south stopped when the Peragians definitely settled in the area and created some city-states that traded with Intergua and with other cultures to the north and east, acting as intermediaries.

That was the situation for the next 600-700 years. The Peragian city-states grew in population and expanded to the west, creating new cities or "colonies" that depended symbolically from the city of origin but were politically independent. This activity took place mostly in an island so largely colonised that it's known as Peragen Exterior ("Outer Peragen"). One of the most active cities in colonising was Pelda, nowadays Rodenia. Even today, in Tunseist countries each city has its own god, and Pelda's one is Impel, "In-pel(da)". The royal lineage of the city was known as the House of the Impeles, since they claim to descend from Impel himself, who would have been a human in the past. Hence, many kings and queens from the House of the Impeles were called Impelanto/Impelanta, meaning "the one who is like Impel".

One of the heirs to the Peldan throne, called Impelanto, led the expedition to found a new colony around 500 BCE: Arsal. Arsal had very expansionist trends from the beginning. They gathered a strong military force and in the 400s BCE they took over their neighbour city-states, installing members of the Impeles to rule them. They had good trade connections with the Outer Lands to the west, which granted them a prestige position together with other cities as Tingá and Lespanza, also former Peragian colonies. Lespanza was a very prosperous state, with connections to the Peragian sphere they were part of, Intergua to the south, the rest of Peragen Exterior and the Outer Lands to the west. 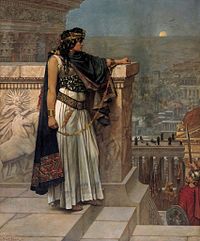 Arsal and Lespanza grew until their spheres clashed, especially under Basped IV's reign. Basped IV's heir was Antares, the brother of Impelanta herself. They were adopted by the king, a common practice inside the Arsalian monarchy, but they rivalled with the interests of Libana, a powerful member of the Impeles and cousin of Basped. Libana planned a coup d'etat and Lespanza assisted her to kill Basped, Antares and Impelanta and install her son in the throne, in the hopes of establishing a puppet monarch. However, Impelanta survived and was crowned as Impelanta III of Arsal.

Impelanta installed friendly leaders and members of the Impeles in the thrones of every state that entered in war against the alliance she now led, the Commonwealth of Pelda. The Commonwealth started to be more and more centralised by Arsal until it ended being a whole political entity: "the lands where Impelanta's heirs ruled", Impelantia, Impelanza, an empire with a long history from the 3rd century BCE to the 6th AD. Playing political games, war and colonisation, Impelanza would end up reaching Gondwana, Aurora and even Novaris with colonies, trade and war, as well as ruling almost all of Southern Arcturia.

Tunseism was key for the empire's integrity, including in its rites every deity praised in the Impelanzan territory and attributing the Arsalian rulers the status of highest authorities in the religion. The monarchs showed themselves not only merciful and accepting cultures and religions, but defending them and making them important in such a big entity. Even when de iure respecting the local cultures, aculturization processes were unavoidable. Probably the main aspect is the language itself, Impelanzan, adopted by the other cultures as a lingua franca and, at the end, as the main language. Another imperialist factor was the local leaders' integration into the imperial structure, and a strong propaganda and exemplary punishments against those who opposed the Arsalian leadership.

The end of Impelanza came with the Toré eruption. The empire had been weak for some years already, but the eruption caused a massive agricultural crisis that would make the empire shatter into pieces in some years. 513 is the common date for its fall since it was when the House of the Impeles was expulsed from Arsal and an aristocratic regime, the Arsalian Alliance, was established.
Retrieved from "https://tep.wiki/w/index.php?title=Peragen&oldid=44121"
Categories:
Cookies help us deliver our services. By using our services, you agree to our use of cookies.