The International Forum is an international organization seated at Rilanon, Christie Island that seeks to maintain international peace and security, promote peaceful relations among nations, and to serve as the "primary place of discussion and deliberation" on matters of global concern. The organization was founded in 1921 in response to the Great War; with the result having been a stalemate, it was feared that another war could follow soon if a side made an attempt for a better outcome. 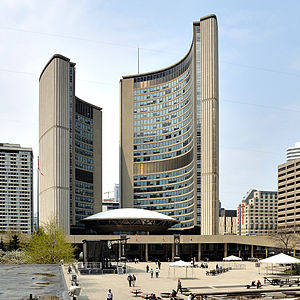 Effective in February 2021, an amendment to the International Forum Charter merged it with the Global Crisis Council, a separately-established international accords that is designed to be invoked in matters of particular emergency or crisis, such as a global war or an approaching extinction-level event. Beginning as of the start of that year's legislative term, members of the Security Council must also be members of the Global Crisis Council, which has stricter membership requirements and stronger enforcement mechanisms than the International Forum. Additionally, the Chairperson of the Global Crisis Council now presides over the Security Council ex officio, althought this had already been the de facto case since August of the previous year.

The General Secretaries who have served so far are as follows:

The list of Chairpersons of the Security Council is as follows

The resolutions that have been passed by the International Forum General Council are as follows:

The General Council consists of Ambassadors (or officials of equivalent rank and status) of every member nation of the International Forum. Each Ambassador is appointed by their nation in terms of the laws and customs of that nation. Every member nation has a single vote and is represented by only one Ambassador at a time.

In addition, it also has the authority to suspend and expend the Ambassadors of individual nations such as when it suspended the Ambassador for Blueacia in 2021. It has the power to assist nations and authorise the use of International Forum resources such as when it authorised the Global Health and Solidarity Organisation to assist the nations of Serramal and Wessaeria.

The General Council has various procedures that govern its internal functions. These include rules for the conduct of Ambassadors both in the plenary chamber and in their duties outside the chamber, rules on voting, debating and the creation and dissolution of committees. Many of these rules emanate from the Charter however some arise out of convention.

Retrieved from "https://tep.wiki/w/index.php?title=International_Forum&oldid=60042"
Categories:
Cookies help us deliver our services. By using our services, you agree to our use of cookies.