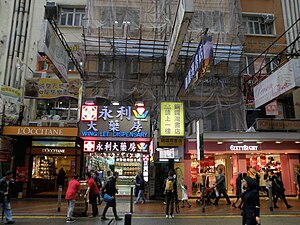 Causeway Bay Books (Norgsvelden: [?], Vaaran: [?] and Nys'tat'en [?]) is an independent bookstore in the Fantøm. The first and currently only bookstore in Fantøm popular with tourists, refugees and citizens from Nystatiszna seeking for books on Nystatinne politics, politicians and history which were not available in Nystatiszna. It's provides language courses for Vaaran, Norgsvelden and in Codexian for free to all, however joining the courses require someone already taking the course to vouch for the new student. In late December 2020, all the employees besides the founder of the bookstore disappeared, sparking international concern. The founder of the bookstore Arne Likness was away on an research trip in Raszeran, when interviewed about his employees disappearance he accused Nystatinne prime-minister Ayo Hoshi directly ordered the Nystatiszna Intelligence Bureau to kidnap his employees. Further developing stating that disappearance is directly related to ship research into the PM's personal history. 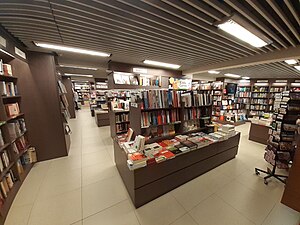 Vera Dale's Pidgeon
Retrieved from "https://tep.wiki/w/index.php?title=Loki_Peninsula_Books&oldid=49803"
Categories:
Cookies help us deliver our services. By using our services, you agree to our use of cookies.