The Alliance of Northwest Gondwana, abbreviated ANG, is a free trade and free-travel agreement among states in the northwestern region of the continent Gondwana. It was established on May 2nd, 2018, when the Charter Establishing the Alliance of Northwest Gondwana entered into effect. Negotiations were held at a summit held in the city of Crystal Coast, Tavaris in April and May of 2017. The founding members of the Alliance are Ayaupia, Hausberg, Libertanny, Lunaria, Reijia, Talusi, Tavaris, Vaklori and Zukchiva. The Federation of Bana was admitted as the 10th member on July 13th, 2020. The headquarters of the Alliance are also located in Crystal Coast.

On June 15th, 2021, after two rounds of voting, Ayaupia was elected by the Alliance Council to serve as President for a one-year term; Ayaupia is the first country other than Tavaris to hold the position. Tavaris held the seat upon the formation of the bloc in 2018 and was re-elected in 2019 and 2020.

The primary function of the Alliance is as a free trade agreement between the signatory states. The Charter Establishing the Alliance of Northwest Gondwana refers to the free trade agreement as the "Alliance Trade Area," one of two major pillars of the agreement. Signatories agree to abolish internal economic controls such as tariffs on their fellow member-states and establish a common system of regulation for the safety and quality of agricultural goods and other goods, as well as a common standard of labor safety regulation and minimum wages.

Additionally, the Charter created the Alliance Free Travel Area, in which there shall be no border controls between members. Membership in the AFTA is voluntary for ANG member states, but those who join must allow citizens of other AFTA members to visit without a visa, and to live and work in their country for at least one year without obtaining a visa. AFTA members may extend the period beyond one year, but cannot make it less than one year.

The current members of the Free Travel Area are Ayaupia, Hausberg, Lunaria, Talusi, Tavaris and Vaklori. The Federation of Bana was a member of the ANG Free Travel Area until its abrupt withdrawal in January of 2021.

Membership in the Alliance is open to all sovereign states "with territory in the region of Northwestern Gondwana." The Charter defines the region as "those portions of the continent of Gondwana, including islands off the coast, north of the line 15 degrees south of the Aequator and west of the line 100 degrees west of the Prime Meridian." Colonies and non-self governing territories are not eligible for membership. Membership may be granted by a two-thirds affirmative vote of the Alliance Council.

Any nation may choose to revoke its membership in the ANG at any time by issuing a written declaration of such to the Alliance Council. Such revocation shall become effective one year after the declaration is received by the council unless extended. 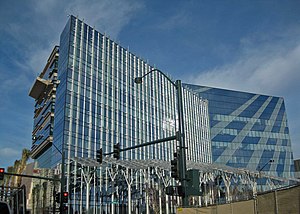 Temporary Alliance headquarters are in this building in Crystal Coast, Tavaris. A permanent headquarters is under construction.

Sovereign states that are located outside the region can be granted observer status by a two-thirds affirmative vote of the Alliance Council. Observer states shall have the right to attend meetings of the ANG but shall hold no vote in any proceeding and may not join either the ATA or the ATFA. Observer states may negotiate favored-nation status with the ANG for access to the ATA.

In 2020, the Alliance officially inaugurated its joint space program, the Alliance Space Cooperative. Currently, member states Ayaupia, Tavaris, and Zukchiva participate in the Cooperative, although membership is open to all member-states of the Alliance. The launch site for the Cooperative is at Vraalatec in Ayaupia, and is positioned very near the Aequator. This allows for easier launches into aequatorial, geostationary orbits, and because the site faces east over the sea, rockets can take advantage of the Urth's angular momentum while having less risk of debris falling on inhabited areas.

The program's first launch took place on December 26th, 2020, with manned orbital missions planned to take place as soon as 2021. On January 11th, 2021, the Tavari Union abruptly withdrew from the Alliance Space Cooperative without immediately citing a reason for its withdrawal. It was later announced that the move had been in protest of the Tavari nuclear program, and Banian objections to sharing sensitive scientific information that could be used by Tavaris to advance their nuclear technology.

Retrieved from "https://tep.wiki/w/index.php?title=Alliance_of_Northwest_Gondwana&oldid=40178"
Categories:
Hidden category:
Cookies help us deliver our services. By using our services, you agree to our use of cookies.