Retcon due to updates in species information is underway and the addition of A LOT of years to history.


Peregrinia, officially known as The United Empire of Peregrinia (Kilumi: Perehxekoinmipia) and formally as The Astryon Sovereignty is a absolute, hereditary, federal monarchy located in Southeast Yasteria region of Urth. It is comprised of the Empire of Astryon, Masakomi Imperium, Kingdom of Caven, East Gemica, Iseul Special Administrative Region and the Hoopland Metropolitan Area. The population of Peregrinia is comprised of Peregrin Elves, Masakomi Nekomimi, and Humans of mixed Kodeks and Wakohvean decent.

Around 20,000 years ago a group of nomadic Loopia Nekomimi tribes traveled south following the light of a midnight star or what scientists believe to be a supernova event. They originally settled off the coast of present day Fortuna, in what are present day Packilvanian enclaves of Antimovo and Samokov, after the midnight star faded out of sight and they were met with the vast ocean in their path.

After peacefully living in the area for about 15,000 years they were met with a new adversary, humans, that started to hunt and exploit the loosely governed tribes. The tribes were still technologically more advanced than the humans and were able to fight off the human aggressors after the tribes banded together and called themselves the Mesakomi.

After several millennia of fighting off the humans the Nekomimi decided to continue the ancient quest they were taught from their ancient text as they improved upon their boat construction skills. 4,000 years ago the Five scout ships were sent out to explore what was beyond the horizon to see if they could discover lands untouched by the humans as all the lands around them had many humans now.

After six months of sailing and exploring the lands to the south it was discovered they also had many human settlements. As they continued south the ships got swept up into a storm they took them off course and out into the ocean. Two of the ships were lost and the three remaining ships continued south.

After three months of sailing and running nearly out of food they saw land on the horizon and landed at present day Korok. The ship's crew set up a basecamp when they did not see any humans and began exploring the land, studying the stars and winds to get back to the tribes with their discovery of a human-free land.

While the scientific studies of the stars and winds were going on one of the scout ships disembarked to explore the land they could see to the west. After a few days of exploring the land they discovered an elf species that was not recorded in their catalog of known species. They had the appearance of elves but with moon shaped eyes and did not speak any known elven language they knew. Early interactions with this elf species led to many violent encounters due to miscommunication.

Two years after Nekomimi settlement, the tribes of the Masakomi started to unify under Warrior Queen Mern Juoi. She formed the Council of Masako, one of the oldest legislative bodies still in existence, to bring the lands of the Masakomi closer together.

Five years after unification started, the capital was moved to the newly established city Kreft, that was more centralized to the newly formed Ojkgxemasakomi or Masakomi Imperium.

Kingdom of Wakohvea scouts encountered the Nekomimi on the outskirts of Cosmoh when exploring the land along the coast north of Truzcon. This

In what is known as recorded year 900, Lazlowia Tieflings split off to form the Ojkgxelazlowia

Monarchy, semi-democratic
Imperial Jung Family lead by Empress Glendale Jung controls 80% of the Peregrinian Empire. The remaining 20% is controlled by the Prime Emperor/Empress and Imperial Senate which are democratically elected to represent the people

18 years of age is the Imperial Minimum Standard Suffrage. 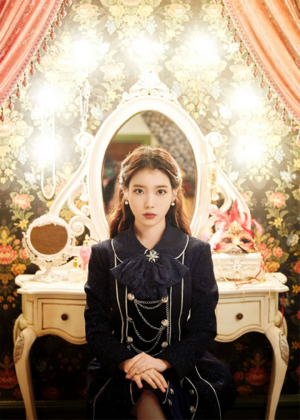 The Prime Emperor is the president of the Synod, which is comprised of elected Convocators. The parties form coalitions that elect a Prime (Majority Leader) and Ancillary (Minority Leader) Convocator. 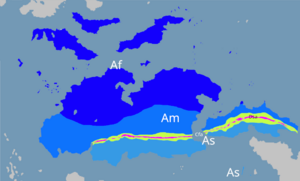 Eastrovia River Headwaters and Waterfall that flows into the Marlyn Lake

Peregrinia is home to three different species of hominid: elves, humans and nekomimi.

Read more on the Culture of East Malaysia (out of date, reWIP)3

Prometheusburg is the financial/business center of the nation.

Peregrinia has 20 states, 1 territory, a district and 2 special administrative regions that make up the nation.

Located at The East Pacific Forum

East Pacific Treaty Organization, an alliance between, Peregrinia, Free Pacific States and Lyon. East Gemica Islands and Iseul are associated states by being Peregrinian territories. Hoopland Metropolitan Area is expected to be an associated state after it is integrated into Peregrinia's legal system.
Peregrinia is an observer state of the United Nations of the Auroran Continent

Retrieved from "https://tep.wiki/w/index.php?title=Peregrinia&oldid=44323"
Categories:
Hidden category:
Cookies help us deliver our services. By using our services, you agree to our use of cookies.