The 2021 Tavari "invasion" of Rosamund Island was an incident that occurred on January 2nd, 2021, at New Jersia, the capital and largest city on Rosamund Island, an overseas territory of Great Morstaybishlia.

On January 2nd, 2021, the Tavari submarine Eastern Pacific docked at the port of New Jersia, Rosamund Island. Royal Tavari Navy policy requires submarines to surface and moor at a friendly port for shore leave at least once every six months. Upon mooring, the crew of the Eastern Pacific was given leave into New Jersia for two days.

Upon mooring, the crew of the Eastern Pacific was given leave into the entire city of New Jersia. One of the sailors onboard, who has not been named by the Royal Tavari Navy, was assigned to hoist the flag of Tavaris on the ship, but the sailor did not do so before disembarking the ship and entering the city of New Jersia. Instead, the sailor went to a public house on the High Street of New Jersia, and was expelled from the bar for being too intoxicated before noon, local time.

Upon his removal from the pub, the Tavari sailor is said to have gone to a public park in New Jersia, where he discovered a flagpole. The sailor climbed the flagpole, removed the flag, and replaced it with the flag of Tavaris that he still had in his possession. Replacing the flag of Rosamund Island, the sailor claimed that "the island was now controlled by the Kingdom of Tavaris." A few of the sailor's fellows joined in the movement, declaring aloud that by virtue of the flag, Tavaris had declared sovereignty over Rosamund Island. 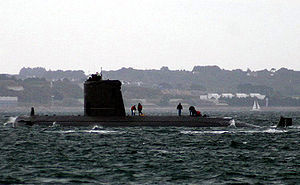 A Tavari Sunrise Sea-class submarine. The Eastern Pacific, commissioned in 1981, is the second-most recent of these ships to serve in the Royal Tavari Navy.

The government of the Kingdom of Tavaris immediately disavowed the actions of the Royal Tavari Navy sailors, declaring that "the Kingdom of Tavaris recognizes today and into perpetuity the Morstaybishlian governance over Rosamund Island." Tavari Prime Minister Šano Šonai Tuvria called Morst Prime Minister Franklin Barvata to apologize. Great Morstaybishlia is an observer state of the Alliance of Northwest Gondwana by virtue of its sovereignty over Rosamund Island, a fact which Tavaris recognized when voting in favor of Rosamund Island's observer status.

Almost immediately after the incident, internet memes based on the event began to quickly circulate. "Rosamund Island" became a trending topic on the website Pigeon, a subsidiary of Cluster. While the phrase "Tavari invasion" rapidly became a popular way of referring to the events, at no time did Tavaris claim actual sovereignty or control over Rosamund Island. The sailors present at the events are said to have christened the island "Tuvria Island" after the Prime Minister.

Historically, Tavaris has enjoyed largely positive relations with Great Morstaybishlia, having interacted first during the Morst colonization of what is now called Lunaria, as well as having served together on the same side of the Great War, when Tavaris joined on the side of Morstopackia in 1908.

Retrieved from "https://tep.wiki/w/index.php?title=2021_Tavari_invasion_of_Rosamund_Island&oldid=39010"
Categories:
Cookies help us deliver our services. By using our services, you agree to our use of cookies.