Kaldrbuþs borders include; Norgsveldet to the north-northwest, Atlae to the north-northeast and east as well as an extensive border from the south to the east with South Hills, Kaldrbuþ also shares around ⅕ of it's entire border space with the coast connecting it to the Concordian Ocean, The coastal climate to the northern areas of Kaldrbuþ provides both extensive shipping and commerce access further inland as well as more habitable natural conditions for population, as opposed to the lesser populated more savanna like regions to the south, and supplying trade access to the few populated areas in that region. The coastal effects often bring both cool winds and rain to most of Kaldrbuþ, but especially the northern almost Monsoon like environment.

Ástríðr Eivør Vǫlsungrsdóttir-Vinter XI of the joined houses of Vǫlsungr and Vinter, is the current Queen of Kaldrbuþ (Ulvrikian: Dróttning, Kaldruno: ᛞᚱᛟᛏᛏᚾᛁᛜ). Ástríðr XI, despite being the head of state and holding general ruling power, does not overrule the Guþar (Singlar: Guþi, Kaldruno: ᚷᚢᚦᛁ, Kaldruno plural: ᚷᚢᚦᚨᚱ), a council of the states most senior religious figures, specifically of Asatru based identities and belief systems, who lead the Thing, (Ulvrikian: þing, Kaldruno: ᚦᛁᚾᚷ). The Queendom is recorded in the "Dróttnings Saga" as being established in 1643, the saga includes references to several regionally powerful tribes engaged in constant wars before splitting into to two major factions under the control of their most powerful tribes respectively for almost a century before finally merging by personal union between the two controlling houses, Vinter (Winter) and Vǫlsungr, the Queendom has since remained as one united nation consistently for the last 377 years through a direct line of succession.

Despite being a relatively new unified nation (17th century), much of the terminology associated with the nation has roots from either Ulvrikian, Kaldruno, the written runic alphabet, or a mix of the two sometimes with the occasional appearance of outside influence from nearby nations, territories and likely trade routes. Modern historians agree that while some details in more fantastical works may be embellished, the most likely and recognised as truthful sources are the works of two primary tribal era historians, Hæming Guthrumsson, a politician, historian, poet and skald, and Asvard Ærnmundsson, a Royal archivist, historian and poet, Both of whose numerous sagas, poems and materials have become the basis for much of the established history for both Kaldrbuth and the previous tribal era from which the nation was born.

The first known direct mention of both Kaldrbuth and the term Kaldrbuthian (both singular and plural) is from a page in Hæming Guthrumssons' "Forn-kveðit" (Translations of which suggest it refers to what was said in 'days gone by') While often early skaldic sources are not always so trustworthy, it appears as though in this instance the works of Ærnmundsson (786-852) are accurate and trustworthy for a number of reasons, primarily that these words have not changed form or spelling in over a millennium, only having changed written forms when translated from it's original (and still majority used in the modern age) Kaldruno. Later sources, including both royal archives and the works of Guthrumsson (823-991) also use the same terminology to describe both the collection of tribes in the region and those who live within it, rather than using descriptors that are tribe specific. It is likely that this is why in the modern day both terms are still used extensively,

Kaldruno, the written runic alphabet used by Kaldrbuth and her ancestors

Known to have been used since the earliest recorded history in Kaldrbuth, the Kaldruno runic alphabet in its current form is at least two thousand years old, the earliest recorded written history ever recovered belonging to Kaldrbuth and her ancestors having also used it. While this original source has since been protected by the crown and remains not publicly available, there is however extensive writing of it from the royal archives, describing what would appear to be a runestone describing in perfectly legible

(though transliterated) kaldruno script, a memorial of sorts to the life and demise of what was engraved as "ᛟᚦᛁᚾᚾᛊᚷᚢᚨᚱᛞ", Odins guard, and their 'great journey' over the western sea and how they discovered a new peoples. What happened while they were overseas remains unknown, though the inscriptions do suggest however that very few returned and died shorty after of some form of illness.

Unlike much of the later known and proudly celebrated history of Kaldrbuth and it's earlier tribes, the earlier period of history in the region is heavily mired in speculation and controversy from both past elitist and political groups that would later come to be the cause of several politically motivated attacks in the centre, until the Law of Origins was passed in 1962. However in the modern day most historians agree that it is most likely, given the few contemporary sources and available and archaeological discoveries, that the main tribes that would one day form the Queendom of Kaldrbuth may have in fact originated from the northern tip of the continent either as nomadic tribes, or settlers intending to expand to lands of their own. This theory is largely supported by the modern day scientific community within Kaldrbuth as extensive research has shown that a vast majority of the population (as of 2010) share a large amount of genetic similarities and ancestry, not only in the border regions but of the general population of the south too.

The rediscovery of a few small archaeological finds preserved later in the Iron age as well as more recent finds suggest that by the bronze age, from around 2500-1000BC, whether it was settlers or nomads, had begun to master defensive structures and early metalworking, as well as what is generally accepted to be the settlement of what is now the capital of Kaldrbuth, from both early gravesites of the stone and bronze age present, it is also the first known period in which giant burial cairns and mounds begin to surround the more populated areas. Contrary to what was and is commonly believed, this period is mostly likely not when Kaldrbuth began to isolate, rather that evidence in fact says that this was the period in which the tribes and settlements in the region were most heavily dependent on external trade of materials such as bronze and clay. The presence of any form of royal family at this time however does seem unlikely, and if they did exist it is accepted by various contemporary sources that they certainly would not have had control over much of a population or lands at this period as the known population centres appear far and few between, with only a small number of traces of any substantial population centre in the southern parts of the region. 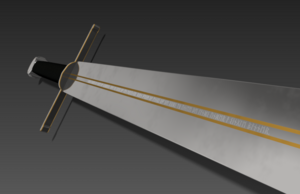 From 500BC until around 350AD it appears that early established population centres began to boom, with exponentially larger burial fields, mounds and the introduction of what was for a time though to have been sacrifice chambers, but are now known to have been an early form of crypt, though roughly dug out from rough stone extensive research of surviving crypts has shown incredibly well detailed engravings into the stone itself that very much appear to be, and agreed to be by historians and experts, the earliest form of religious service upon burial that is currently known, often depicting figures from the still extremely common Ásatrú faith, though notably with some different designs and apparent roles to later discoveries. It is also in this period in which we find the first evidence of Iron tools and weaponry, the cause for the name, while appearing to have started extremely crude in the early iron age, by the latter years however recovery of a number of work tools such as axes and blades for crop harvesting show the processing of iron and the standards of the smiths to have become exceptionally higher.

It is also important to note that this is the age in which the current dynasty and crown of modern Kaldrbuth originated, while there is no material evidence to suggest they were considered royals at this time, there is substantial evidence in the form of the 'Crypt of Magnus' which remains a protected site in the current day, that by this time the family had become incredibly wealthy. While there is mention of the ruined walls of what was believed to have been the homestead of members of the family in later periods, these claims remain unproven, though whether the site ever existed at all or was simply lost to time, remains a debate. 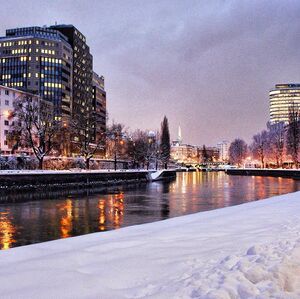 The migratory war period is perhaps both the most bloody and prosperous period in the regions history. Kick started by what is recorded as an invasion of "forest men" and in some cases referred to as a great army of "barbarian hordes" is through both material findings and other written records including those of Asvard Ærnmundsson suggest that in fact what these other sources describe as an invasion, was likely closer to a localised inter-tribal war embellished by the victors to improve upon their image. Characteristics of settlements present in this time period are remnants of much thicker sturdier stone brick walls, moats, and in richer areas, massive longhouses like those still present in both Hrafnheimr and Rerirheimr today.

Most notably in this period is the result of aforementioned conflict, while details of the invaders themselves are scarce, it is however known that two houses that would later merge to form the modern nation in the region, were at the time engaged on opposing sides of a long and exhausting war, the recovery of thousands of blades and battleground graves from this point in time show that there were in fact many small tribes in the region. The prevailing theory, and backed by what appears to be substantial evidence in the previous forms, summarises that while in a constant state of war over material goods such as newer harder and higher grade metals as well as raw valuable goods like gold and silver, it seems almost certain that these smaller tribes while engaged in war were either decimated and their settlements razed, or annexed and subjugated until merging entirely into the larger clan. This theory also suggests that as a result of this repeating, by the latter stages of the migratory war period, the only two major clans remaining in the region were those of Vǫlsungr and Vinter, with all smaller tribes having been consumed by them.

This period and settlements present at this time are often identifiable by extensive canal works, some dug over the length of up to 60 miles from their attaching rivers, remaining extensively used for trade in the modern day as well as for military access, these canals are also thought to have been a means of punishment for both criminals and captured enemies, with some records suggesting it to work almost as if they were bondsmen capable of paying off their assumed value of worth in the form of labour.
Retrieved from "https://tep.wiki/w/index.php?title=Kaldrbuth&oldid=28578"
Category:
Hidden category:
Cookies help us deliver our services. By using our services, you agree to our use of cookies.