The Fortunan Air Force (Fortunan: Aeronautica Fortunano; AF) is the air force of the Fortunan Armed Forces. It was first formed in 1973 with the combination of the three states' existing aircraft following the end of the War of Aggression and creation of the Fortunan Confederation. It would then become the main air branch with the creation of the Second Fortunan Empire in 1999 and remains so to present day. The primary responsibility of the AF is to oversee the defense of Fortunan airspace, conduct aerial warfare during armed conflict, and provide aerial support to sea and ground forces. As of 2020, the Fortunan Air Force consists of 40,632 active personnel with approximately 570 aircraft in service.

The Fortunan Air Force are under the command of the Air Forces High Command with headquarters located in Destino and is headed by the Chief Air Commander, currently held by Marshel Aleramo Yannicelli. Major branches of the AF includes Aerial Operations Command, Aerial Support Command, Aerial Logistics Command, and Aerial Training Command. Similarly to the navy, the AF also split into four regions with regional headquarters located at Terine, Gologma, IFC, and Nilo.

As of 2020, the Fortunan Air Force has over 570 aircraft, many of which were adopted from the military forces of the Fortunan Confederation. With a focus on defense in the late 1970s and into the 1980s, the accumulation of early warning systems, interceptor aircraft, and surface-to-air missiles. Following the creation of the Second Fortunan Empire, military doctrine took a more offensive stance which would include a build up of ground attack aircraft, such as the FSED Uragano, and troop transport craft. Due to the effectiveness of rotorcrafts to operate in the Aspirian Isles mountainous terrain, the AF, along with the navy, is focusing on acquiring more modern and effective helicopters along with looking into other possible VTOL technology. 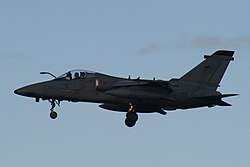 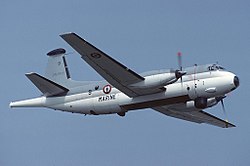 A FSED Hadria
Retrieved from "https://tep.wiki/w/index.php?title=Fortunan_Air_Force&oldid=49611"
Categories:
Cookies help us deliver our services. By using our services, you agree to our use of cookies.