From TEPwiki, Urth's Encyclopedia
(Redirected from EKV)
Jump to navigation Jump to search

Crystal Hoteliers International is a corporation that builds, owns, and operates hotels around the world under various names that is wholly owned by the Church of Akrona. It is a for-profit corporation, and the Church pays taxes on all income generated by the business. It is based in Crystal Coast, Tavaris. (Notably, the company’s usage of the word crystal in Staynish predates the 1970 decision by Crystal Province and the city to change their names from Tavari to Staynish.) In Tavaris, it is commonly known as "EKV," an acronym from the Tavari: V.K. Erísdoštril Kríštal Vokaikõvomobõni.

The original Heartwood Hotel on High St. in Crystal Coast, which remained in operation until its destruction in a terrorist attack on 14 March 2022.

In the build up to The Worldwide Exposition of 1895 in Crystal Coast (then Enaro Ttatražakai), more than two dozen new hotels were built in and around the city in anticipation of visitors. While the Expo was a success and Tavaris did begin to see increased tourism in the years afterward, after the end of the Expo ended there was very quickly a glut of hotels and a dearth of guests to fill them. Initally, the Church of Akrona's interest in the hotels was not as a business, but simply as extra space for their charitable efforts to provide food and housing to people in need of it. The Church had long provided food and housing in their own Temples—it is considered a religious mandate to "feed the hungry and shelter the exposed"—and was generally quite experienced in the logistics of hospitality, but it had run out of room. In 1897, one of the hotels decided to close, citing low demand, and the Church bought the building to use for public aid. However, when other hotels reached out to the Church about a similar offer, Church officials had no need for additional space for the province's charitable operations and initially declined. Only after a visit by the owners of the hotels to the Matron herself did the Church agree to buy the hotels, reserving one for "future need" and deciding to attempt to keep the other—the Hotel Heartwood on the high street in Crystal Coast—open as a commercial venture to raise funds for the local parishes.

The Hotel Heartwood was initially staffed by members of a cloistered order of male lay worshipers, the Seekers of the Assumption, who are otherwise known for their tradition of historical and theological research into the particular question of when in time the goddess Akrona began serving (or "assumed the mantle") as the deity over life on Urth. The building was in relatively poor condition when the Church assumed ownership, but because the Church had more cash on hand than the former hotel operator, it was able to front the costs for a relatively quick repair. Very few people, even inside the Church, expected the commercial venture to remain in operation for long, considering the rapid decline of the industry. To their surprise, however, the Hotel Heartwood began to turn a profit within the year. The hotel very quickly gained a reputation for being meticulously clean, due in large part to the strict discipline of the monks, and because the Church had hired an internationally renowned chef as the manager of the hotel's kitchen. The stunning success of the hotel inspired the Church to expand the commercial venture and establish a formal for-profit enterprise to manage it. Crystal Hoteliers International, Incorporated, was established in 1899. 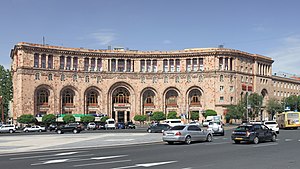 Because the Church operates the hotels as a business (and states publicly that it uses the revenue to fund Church operations), it does not generally use the hotels for the purposes of evangelism. Every EKV hotel room has two holy books: The First Edicts and The Akronist Declaration of Faith (1979), the latter being a relatively small book of 12 pages that is designed to be a brief summation of the central tenets of the faith. The books are always located inside drawers and never out in the open. Additionally, every mirror in every EKV hotel has a sticker that says “You Are A Gift!” and shows the Church’s website: akrona.org. These are the only evangelist materials the Church permits in the hotels, and all staff are instructed never to speak about religion unless asked first by a guest, and then only to direct the guest to the website or the nearest Akronist temple. EKV has agreed to alter even these policies in countries that have asked them to.

Since a Tavari Supreme Court ruling in 1937, the Church no longer allows those employed at Akronist temples (including, according to the technicality of the law, members of formally incorporated cloistered orders like the Seekers of the Assumption) to work as employees in its for-profit corporation. The court case ruled that the Church could not claim not-for-profit status on its religious operations if its employees were also working in corporate operations. The Church of Akrona's policy since then has been to act as hand-off in the day-to-day administration of the business as possible—the relationship was described in 2018 by Matron Vana Dandreal as "they send us checks"—and to consider there to be a wall between the company and the rest of the Church (the so-called "Crystal Curtain").

EKV hotels are among the most-visited hotels in the world, and regularly appear at or near the top of industry rankings in customer service and in overall guest satisfaction. The company prides itself on highly emphasizing customer service and providing “the most enjoyable experience,” which it says it does despite cutting into profits. EKV hotels have a reputation in particular for serving high quality food, and their policy is that it is always free and all-you-can-eat to guests. Famously—and sometimes controversially among members of the Church and the greater public—EKV hotels are permitted to serve non-aquatic animal products in meals, including red meat. As Akronism strictly forbids the slaughter of land animals and the eating of their meat, many Church members oppose meat being provided at Church-owned hotels. The Church has strict guidelines that require all meat products entering the hotel to have already been precooked, and has stated that it deliberately sets prices in a way as to always make a financial loss on the meat products it provides to guests. Employees of the hotels are permitted to decline to handle the meat products if they wish, regardless of their religious identification, and hotels will remove meat from the menu if there are no willing employees to handle or prepare it.

EKV has four primary brands, each designed to fit into a different price-point or market. From most to least expensive in general, they are: Heartwood (high end), Tropicalis (mid-tier, destination vacation), Paragon (business travel), and Good Morning Inn (budget). It also has several minor hotel chains that are either locally or regionally limited, and several standalone hotels of various price points. EKV is the market leader in several urban areas in Tavaris and across the world, and there are several countries on Urth whose only Church of Akrona-affiliated operations are for-profit hotels. Even inside Tavaris itself, as recently as 2005, there were more EKV hotels than there were Akronist temples in the capital Nuvrenon, which had long been known for having relatively few Akronists compared to the major cities of western Tavaris.

Because it is privately-owned, the public reporting requirements EKV faces are minimal, with only a brief annual report of total revenue, EBIDTA, and other general statistics required. The Church does not have a policy of releasing more than the law requires. Location information is publicly released once every seven years when the Church of Akrona publishes its septannual Administrative, Financial, and Operational Report. In 2019, the Church operated 7,444 hotels, with at least one on every inhabited continent.

Retrieved from "https://tep.wiki/w/index.php?title=Crystal_Hoteliers_International&oldid=51638"
Categories:
Cookies help us deliver our services. By using our services, you agree to our use of cookies.